In the center of a small dim room sat a surgical table. I lay on top, while two people in surgical masks held scalpels in their hands and slowly cut into my stomach. It was a vivid feeling; the cold blade against my skin, the intense pain of being cut open. I started to sweat; the intensity of the pain causing me to tremble involuntarily. Despite this, the two performing the operation didn’t seem to notice, focusing solely on cutting me open, their gazes cold and indifferent. At long last, one of the men reached in and plucked a bright red kidney from my body.

Violently I sat up, gasping for air.

So it was just a dream.

Wiping my forehead, I realized I was drenched in sweat. I tried to even my breath, continuously reassuring myself  that it was just a nightmare.

The hospital ward was completely silent. I turned my head to see my mom still deeply asleep. Quietly, I rose and walked toward the window. It was late at night, and not a star appeared in the inky black sky. Images from my nightmare flashed in my mind, and I closed my eyes, trying to suppress the terror in my heart.

As it turned out,  I was also just a coward.

Auntie Li showed up the next morning. The past few days Auntie Li had been helping me out by taking care of my mom while I worked at the supermarket. I had already decided, once the matter of selling my kidney was confirmed, I would quit my job at the supermarket. Honestly speaking, I wasn’t sure what the consequences of losing a kidney would be, but it didn’t seem possible that I would be able to continue the sort of physical job I had at the supermarket after the surgery.

After thanking Auntie Li for helping out, I hurried to the supermarket. I got on the bus and only a few stops later did I realise I had left my handphone back at the hospital. Worried that Auntie Li wouldn’t be able to contact me in case of an emergency, I hurried off the bus and ran back. Just as I pushed open the door to my mom’s ward, I found Auntie Li holding my handphone, looking uneasy.

“What’s wrong, Auntie Li?” I asked, anxiously looking at my mom. She was still asleep, and there were no doctors around, so it didn’t seem like there was a problem with her.

“Xiao Mu, what’s this about?” Auntie Li hesitated before she handed the phone over to me, looking very worried.

I took the phone and glanced at the screen. On it was a new message.

【Please send a copy of your health report to xuyiien@xx.com by tomorrow. If there are no issues, we will arrange to have the surgery next week.】

“Your phone was ringing just now. Auntie isn’t good with gadgets and I was worried that it was someone important, so I picked it up, but after I pressed a few buttons this showed up.” Auntie Li explained when I didn’t respond.

“It’s nothing, maybe they sent it to the wrong person. I don’t recognise this number.” I put my phone back into my pocket, feigning calm.

Auntie Li’s brows furrowed and she moved, blocking me from the exit. “Xiao Mu, although I’m from the village, and not well educated, don’t take me for a fool.”

“Auntie Li, you’re overthinking things. I really don’t know this person. I’m already late for work so I’m going to leave.” In a panic, I wanted to flee the ward.

In one move, Auntie Li grabbed me, and her voice grew louder. “What surgery are they talking about? Why do they need your health report? Xiao Mu, what are you thinking of doing behind our back?!”

I tried desperately to hide, on the verge of shoving Auntie Li’s hands off of me so that I could escape. But Auntie Li’s grip was strong, and she refused to let go. Our tussle attracted the attention of the other patients, so I had no choice but to pull Auntie Li aside and come clean about selling my kidney.

“You… you silly boy! Why would you do something so rash?” Auntie Li’s eyes reddened as she looked at me, her voice choked with emotion.

“It’s not a big deal. I’ve researched it – humans are born with two kidneys, losing one won’t affect my health.” I comforted her with a smile.

Auntie Li stood up fiercely, anxiously looking me over. “What do you mean it won’t affect your health? If it didn’t, why would people pay so much money to buy a kidney? Xiao Mu, listen to Auntie, you’re still young and you have a long life ahead of you, don’t do anything rash!”

I bowed my head, not saying a word. It took a while before I could speak again, “I don’t have enough money for the operation, and I don’t have any other choice. I can’t let anything happen to Mom…”

Tears rolled down Auntie Li’s face, her voice trembling as she said, “If Ah Xiu wasn’t dim, if she knew what you were going to do, she would rather die than do the operation. I have taken care of her for so many years and I know she treats you as dearly as her own child. There is no mother on Earth who would be willing to sacrifice their child’s health in exchange for their own!”

I clenched my fist and my vision blurred. Every word Auntie Li uttered resonated deeply in my heart. It was true that no mother would be willing to sacrifice her child’s health, but there was also no child content to sit by doing nothing while his mother inched slowly towards death. Although we spent but a short month together, my mother was the person who loved me the most. If I couldn’t even protect her, I wouldn’t be able to live with myself.

I hurried to stop her, but she slapped my hands away. “I’m not going to let you ruin your future. Ah Xiu would definitely agree with me.”

I stopped Auntie Li, promising to put away any thoughts of selling my kidney. It was only then that Auntie Li grudgingly agreed to let my mother remain at the hospital while we figured out Plan B.

“Xiao Mu, please don’t do the surgery behind our back. If you really come back with the money from selling your kidney, I will have Ah Xiu discharged. I definitely won’t let her use that money to do the operation,” Auntie Li told me resolutely as I left the hospital.

I nodded, feeling touched yet bitter at the same time. I knew Auntie Li was doing this for my sake, but if I didn’t sell my kidney how else could I raise enough money?

During my shift at the supermarket, I couldn’t focus at all. My mind conjured up idea after idea to raise money, yet one by one I rejected them. At this time, I began to bitterly hate myself for my past inferiority complex. When I was younger I had always been bullied and excluded for being an orphan, so as an adult I feared forming deep connections. I was so used to avoiding others, that now, in my dire time of need, I didn’t have a single friend I could depend on.

That night, my mom’s illness acted up again. She curled into a ball, hugging her stomach tightly, her forehead beaded with sweat. She looked like she was in extreme pain. Auntie Li had already gone home, so I quickly asked one of the neighboring patients to look after her while I anxiously ran to get the doctor.

Once he finished treating her, the doctor warned me that the cancerous cells in her body had started to spread rapidly. If this continued untreated, there was no hope of a cure.

I stood there, my mind a complete blank. After a long while, I returned to my mother’s bedside, sitting down and silently observing her. After the treatment, she was weak and out of it.

“I don’t know why my parents didn’t want me. My body is healthy, and I don’t have any mental illnesses.” I murmured quietly, pushing back a lock of my mom’s hair.

“When I was young, I didn’t know what an orphan was. I often mistook the aunties working at the orphanage as my moms. Mama Chen, Mama Li, Mama Zhang. Only later did I realise that other kids don’t call their moms by their surnames.”

“The first time I was adopted, it was by a middle aged couple who treated me well. But later they had a child of their own and so sent me back. The second time I was adopted I was already 10 years old. Everything was good at first, but because I kept to myself all day, my adoptive mother felt I had a bad personality. She worried that I was psychologically unsound and sent me back to the orphanage.”

“The final time was when I was 12, I was adopted by a couple who seemed warm and kind. It was only when I went home with them that I realised they had violent tendencies. They would use any excuse to hit me and throw things at me. They even smashed an ashtray on my head. Later, someone reported their abuse to the police and the police sent me back to the orphanage.”

Maybe I had been speaking too loudly, because at this point my mother blearily opened her eyes to look at me. I smiled at her, holding her hand as I continued speaking. “From then on, I gave up on anticipating having parents of my own. However, even at this age, when I walk down the street and see parents and children holding hands, I can’t help but feel envious.”

“Ma, you’re the first person that made me see my own worth. You made me realize that if I died, there would still be  someone who would grieve and be sad over me… you let me know what it feels like to have a mom…”

Her coarse palms stroked my face. I looked up and saw my mother crying, watching me sadly as she brushed the tears from my cheek.

She definitely didn’t understand my words, but seeing me cry broke her heart. There was no rhyme or reason to it, but simply because she treated me like her own child.

I lifted my hand to wipe away her tears, quietly comforting her. She smiled at me, her eyes brimming with love and gentleness, the corner of her eyes filled with warmth. In a flash, all my weaknesses and fears melted away and I silently made a choice.

I waited until my mother gradually drifted back to sleep before I tucked her in under the blanket. I stood by her bedside, watching her for a long moment before I  walked determinedly out of the hospital ward.

Again, I have to break my promise. 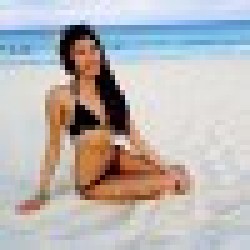